Humanity in a Flurry

The recent snowfall prompted me to revisit a chapter from the book I had been working on. This chapter was regarding how life can be enchanting depending on how it's viewed. It was a great reminder for me and my hope is it will be insightful for you. Here's a sneak peek...

Have you ever been inconvenienced by a snowstorm? 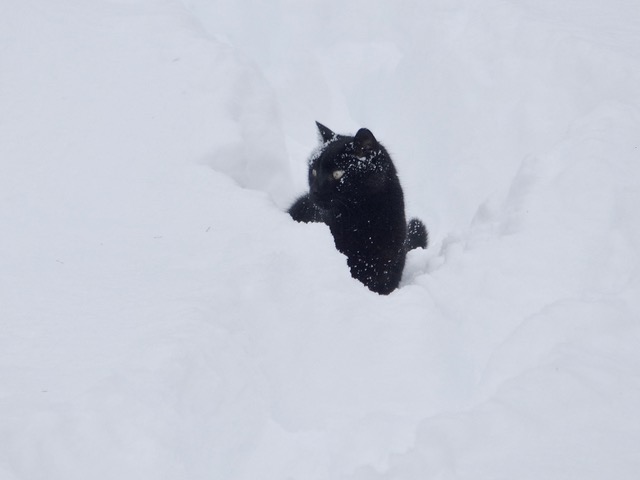 The shoveling, the traffic delays, the thrown off schedules?

The exceptionally large flakes from a snowfall brought me back to a time when I was not only not inconvenienced by snow, but enchanted. I was twelve-years-old, on a chairlift with my cousin, when it started to flurry. We were awestruck by the large, elaborately shaped flakes landing individually on our black mittens.

What is not enchanting about a bounty of tiny, delicate, one-of-a-kind, intricate designs freefalling through the atmosphere, while capable of silently blanketing entire landscapes? 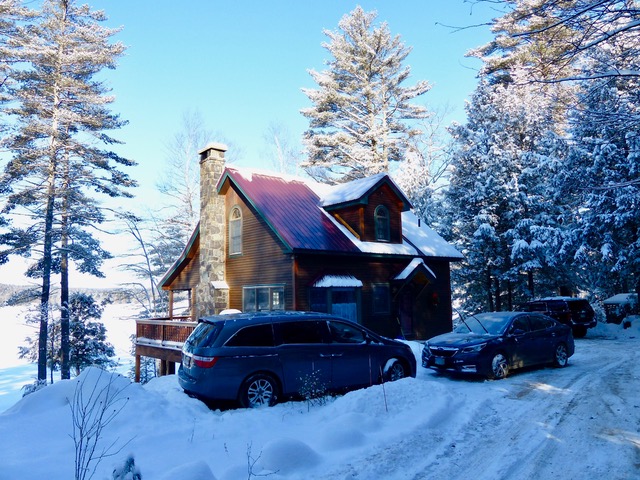 Can we truly appreciate the nature, the heart, the essence of anyone or anything we believe has thrown us off schedule? There is a sense of security in knowing how your day is going to go. Snow throws that sense of security right out the window. We feel thwarted by the seemingly logical nature of the circumstances. But could we feel just as supported by acknowledging their enchanting nature?

Where does our sense of awe and wonder go as we age?

It transforms into inconvenience.

What if an encounter you have judged as inconvenient can actually show you something of great value about yourself—something that has the potential to brighten your future? Like a snowfall which prompts you to reevaluate your relationship with awe and wonder.

A snowflake begins as moisture that forms around a particle of dust. From there it grows into a tiny 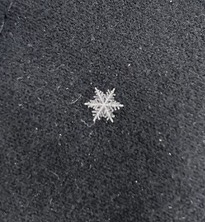 symmetrical hexagonal structure, which is the essential molecular structure of ice. Snowflakes are exceptionally sensitive. Their design depends on the amount of moisture in the air, the temperature, and how much they are blown around in the atmosphere before they land. Any small change will affect their growth pattern. The more turbulent their ride the more intricate their design.

Our personalities are similarly shaped. Our hearts are warm and fuzzy like the dust particles. Our personalities form around them as they travel their own unique paths through childhood. Our elaborate structures are built of self-defense strategies—strategies to prevent repeated turbulence in relationships. We can construct personalities that are beautiful façades like an ornate snowflake, but even a beautiful façade loses its allure when used as protection. 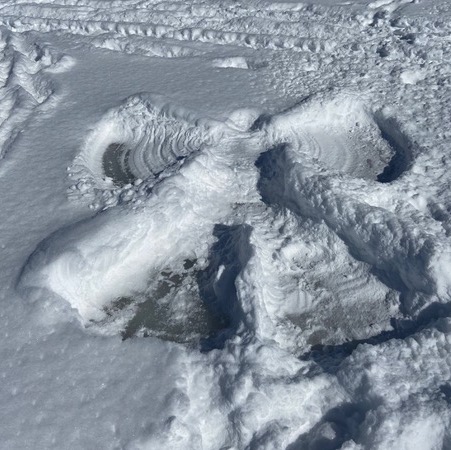 Have you ever had someone lead you to believe they were sincere only to find out otherwise? Feels like a storm doesn’t it? It’s inconvenient. It throws you off of your game. It brings up feelings to shovel. All of a sudden you’re not feeling very secure in that relationship.

Betty and her husband, Josh, had been working on installing the kitchen in their new home. The lower cabinets, appliances and countertops were installed. Now that they had a little extra money, Betty thought the logical thing would be to finish the kitchen but Josh had a different idea. He wanted to get started on the upstairs bathroom. After some discussion, Josh agreed to finish the kitchen before starting the next project. 10 minutes before the carpenter was to arrive he announced that the estimate was for the upstairs bathroom and that he had already bought most of the materials with their extra money.

Would you be furious at Josh? Betty was. This is not what she was picturing. Her sense of security went 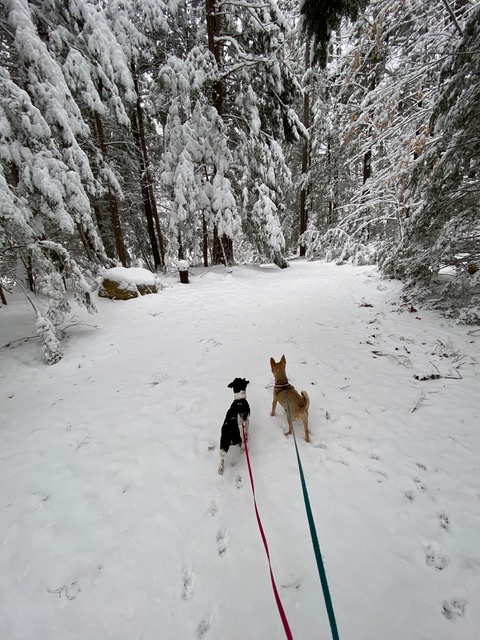 out the window. Kitchen progress was detoured, her schedule was thrown off by the blow and she found herself shoveling the emotions that came spilling out. It’s all true, but it’s also true that she could experience wonder over feeling misled from an enchanting perspective.

When Betty came into the office she felt her feelings were justified.  I honored the fact that she was upset and blaming it on Josh’s misleading her. I also invited her to be curious about why. She was open so I asked her, “Have you ever been misleading that you know of?” She couldn’t think of anything in the moment but I encouraged her to be open to the possibility.

A couple weeks later Betty got her answer...

Josh likes to cook. This particular Saturday he had grilled tuna steaks. During the meal Betty nonchalantly commented, “I don’t really like tuna.”

Josh nearly fell off his chair. “I’ve been grilling tuna steaks for how many years and you never told me you didn’t like them?”

Betty's response, “I guess I was just grateful that I didn’t have to cook.” 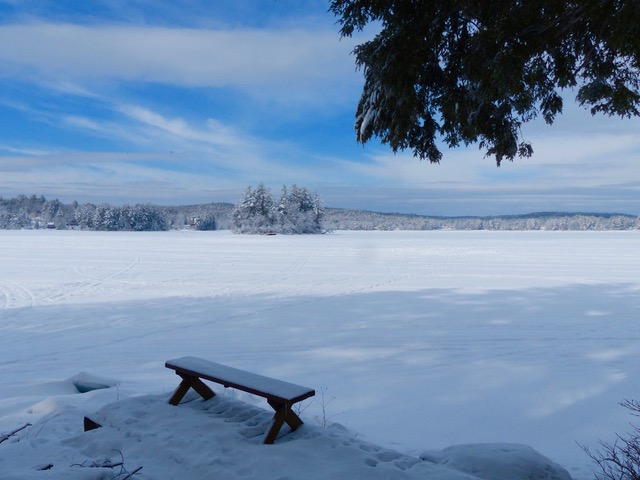 If Betty had expressed her dislike for tuna steak as a child, “You cook, then,” is how her mother would have likely responded. In her own way Betty had unknowingly been misleading Josh. In regards to the remodeling, I’d have to talk with Josh to know if he was misleading Betty for sure, but why it had bothered her so much had just become crystal clear—that’s what she does. She assumed with her own filter. It was an “OMG It’s Me” moment for Betty.

The crystalline structure of a snowflake appears prickly. Where we are prickly marks the spots where we have experienced trauma: our protectiveness shows where we have been hurt; where we seek approval exposes where we have been shamed; and where it feels great to be us reveals where we’ve felt safe to express our hearts. Those times when Betty’s mom had said, “You do it then,” had hurt Betty. Appearing agreeable when she truly wasn’t—a.k.a. misleading—had become her protective strategy for avoiding turbulence in relationships.

Being willing to look inward at ourselves reveals what we do have the power to change. It allows us to 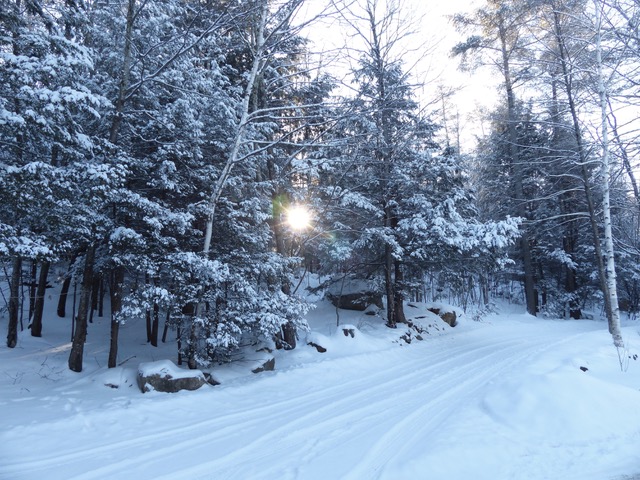 appreciate what falls around us even when initially viewed as inconvenient. How could Betty expect Josh to be forthright if she had been misleading him for years? And just as she hadn’t been aware of her protective strategy, perhaps he hadn’t been as aware as she had thought either. As Gandhi says, “As a man changes his own nature, so does the attitude of the world change towards him. This is the divine mystery supreme. A wonderful thing it is and the source of our happiness. We need not wait to see what others do.”

Betty was humbled by her OMG It’s Me moment and we were able to do some healing around the hurt she realized she was still carrying from her childhood. It was liberating to realize that she could admit to not liking tuna and not have to be punished for it.

In dismantling your old protective ways you have the opportunity to discover your true nature all over again—in Betty’s case being able to not like something and be respected for it. Since like attracts like, it is probable that Josh had been misleading as well. Betty could have pushed the misleading issue with him but dismantling her own fears that caused her to be less than sincere led the way to a brighter, more authentic and intimate future than being right ever could.

Sometimes you have to admit to being furious before you can get to awestruck. But upon revisiting a 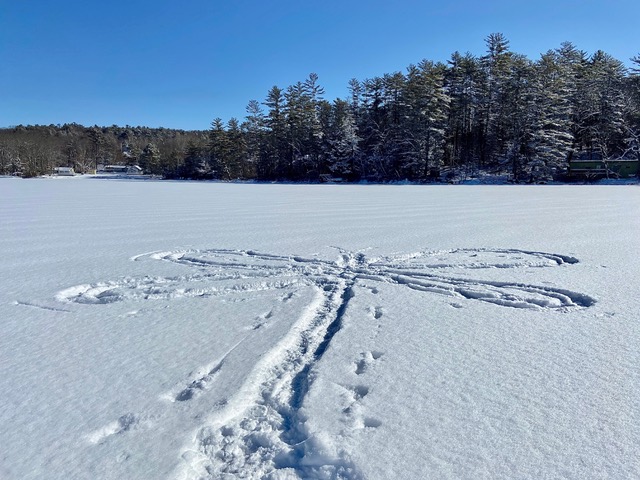 sequence of events through the eyes of awe, wonder and enchantment your defenses will melt and what you will see in their place will be a mirror image of yourself as Betty saw with Josh. Her image was humbling and led to authenticity rather than to further misleadings. Now, rather than fight and condemn Josh for misleading her, Betty can come back to Josh more intimately: with remorse over her findings of how her childhood had been unknowingly affecting their relationship; with how her need to mislead had been unfounded because Josh does respect her tastes; and with an open, sincere invitation for Josh to share what prompted his side of the remodeling story. 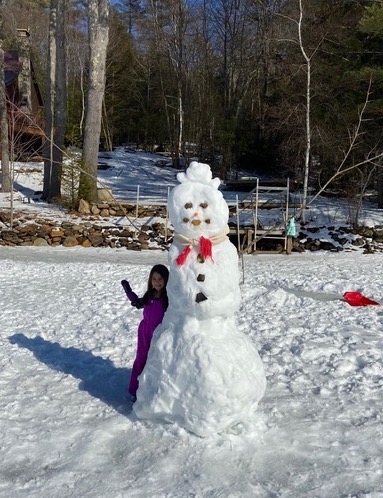 but returns as we dismantle the protection. Through eyes of enchantment, humanity appears as a flurry of beings in various stages of developing, utilizing, and deconstructing their personalities—just like us. As Ram Dass says, “We are all just walking each other home.” To me this means back to the love from which we came, just like Josh and Betty.

How can it be me?

A melted heart is a happy heart.

(Snowflake photo credit, Debra Hardimon, all other photos by Trish)