I Prefer the Arm Around the Shoulder

You know how it feels when something irks you? I was reading a FB post from an animal rescue organization

and this portion of it really got under my fingernails for some reason, “… every day in kill shelters all over Georgia dogs sit. They didn’t do anything wrong. Their owners did. Now they pay the price.” A couple years ago I may have shared the sentiment of the writer but this time it was something different. Being Trish Whynot, I knew that what irked me didn’t mean it should or shouldn’t but that it just did so it must be rich territory for me—rich with opportunity for learning, healing and growth. Maybe even the answer to some prayers!

I’ve adopted shelter animals so I know how heartbreaking it can be to see them in cages, but it was the 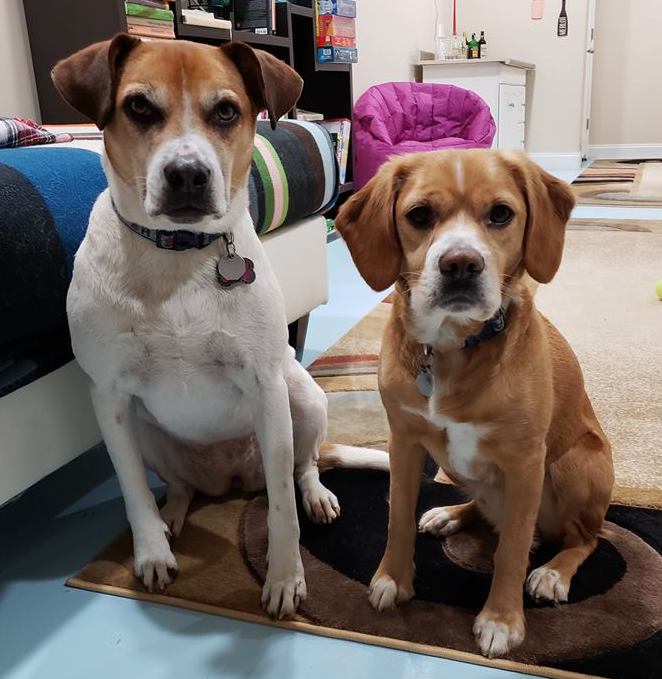 shaming part of the comment that irked me. I’m not saying that there aren’t reckless animal owners out there, but there are people who are reckless with the hearts of others in all walks of life. When it happens with a dog, the dog can’t just pack up, move out and venture into a new relationship or find a new job. Neither can a child for that matter. They are captive audiences. They are reflections of innocence.

And maybe this blanket statement irked me personally, in part, because I know someone who had to return their dog to a shelter recently and the anguish it entailed.

My friend and her husband are retirees and decided to adopt their first dog from a shelter. The dog they 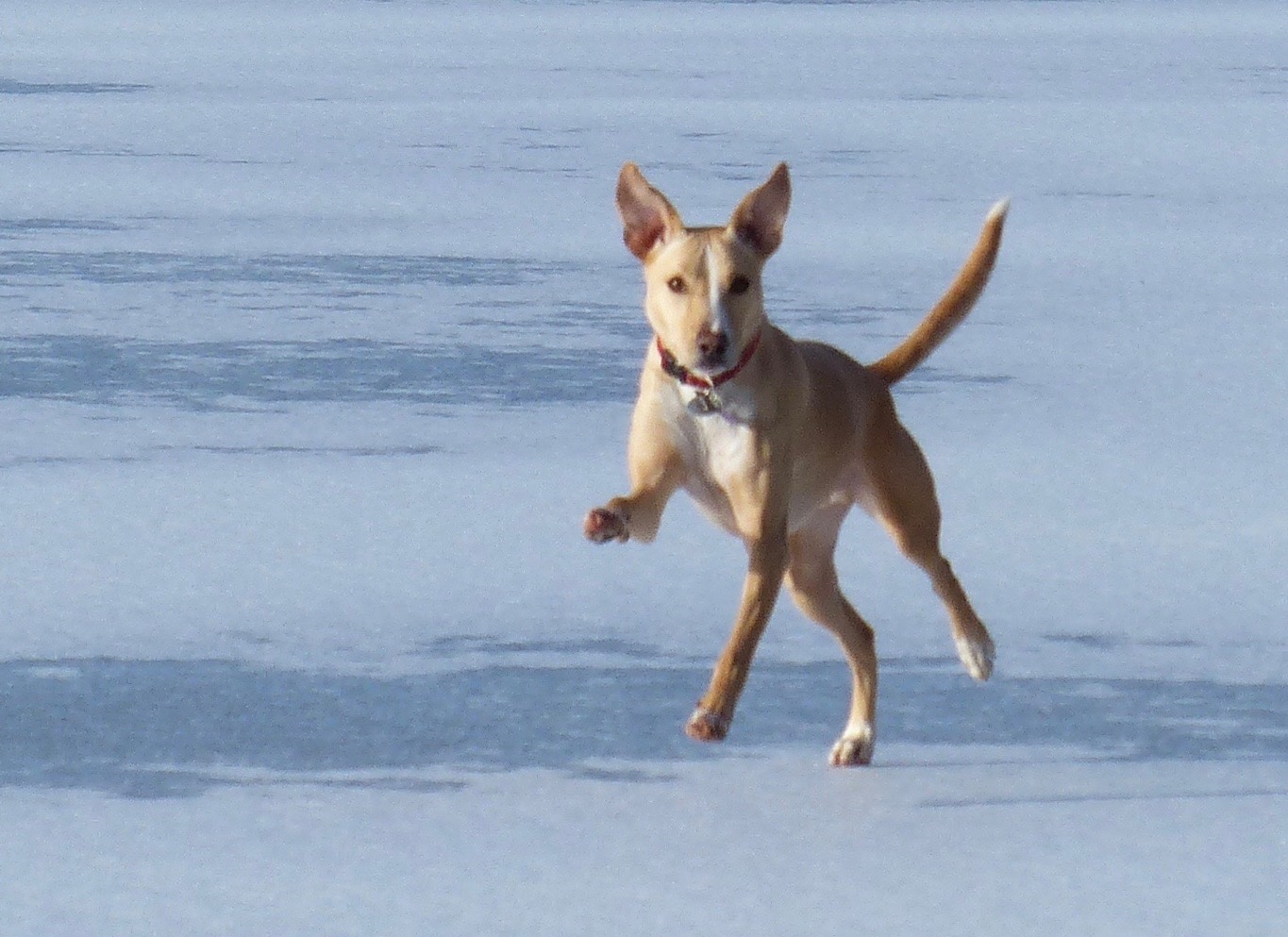 chose was between 2 and 3 years old. They were told by the shelter that he was laid back and basically a couch potato but after a couple weeks in their company his personality came through. He was too high energy for the couple to handle so, after much deliberation, they decided it best all around to re-home him.

Re-homing was not an easy decision. All kinds of emotions accompanied it. But now he’s with a family who already had a dog of similar temperament and a huge fenced in yard. He is beyond happy. The new owners have sent photos and videos of him running and playing to his heart’s content with his new friend and of him soundly sleeping. Sleeping puppy photos are just the best. His new family is so happy to have him. Third time was a charm for this pup. 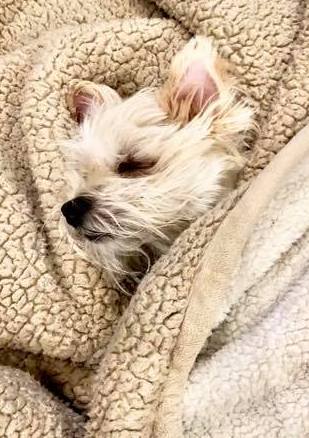 What if my friend had succumbed to societal shaming such as that from the rescue organization and kept the dog—made the “most” of it to avoid criticism. They all could have been marginally happy to miserable. But instead, because of their honesty, humility and courage, this pup got his happiest ending.

It takes courage to go against this shaming mentality. I know, I’ve lost myself to it on multiple occasions which is the main reason why that comment irked me so. I’ve given into marginal happiness and misery. Haven’t you? I have developed a high tolerance for pain and it’s not a virtue. Have you? It's imprisoning. 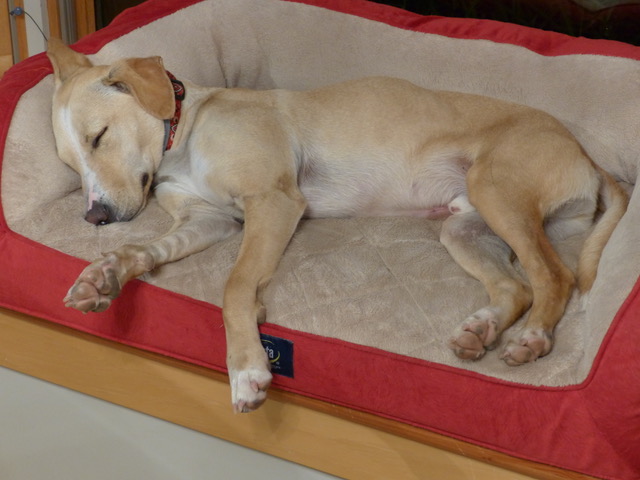 dunked the pet owners. But based on the fact that I had allowed other shamers to influence my decisions over the years, forgiving myself for it seemed the best route to take. It set me free from my past and maybe will inspire others to do the same. Admitting that I was irked with tenderness, curiosity and interest rather than with judgment, blame and condemnation toward the shamer, opened my eyes. It shifted my perspective, healed me of my past, made sense of my present state of irk and my new awareness has the potential to brighten my future if I choose to apply it. 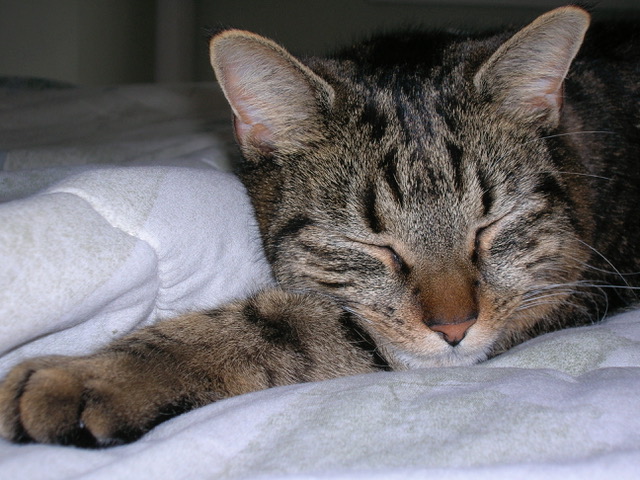 I say, “Kudos,” to my friend for listening to her wise inner guidance rather than the voice of shame. I watched her wrestle with her shamer within but she won. What an inspiration! She learned some valuable things about dogs that she gets to put into practice if and when she chooses her next dog. I also believe that dogs have destinies too. She helped this little guy to fulfill his. He helped my friend to fulfill hers. And they can both help us to fulfill ours if we allow the healing in. Cool Stuff!

I could put my arm around my friend’s shoulder and say, “How could you have known. You’ve never had a dog before,” or shame her, “What did you expect from a 2+ year old high energy breed.” Wisdom is born of 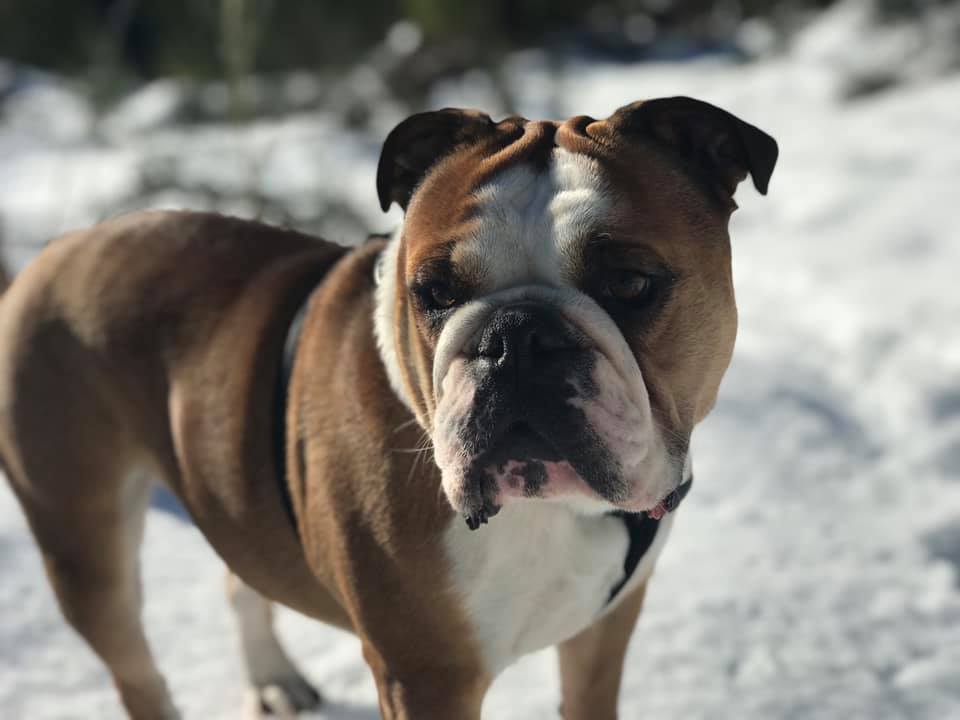 More often than not we don’t even know the backstory of a situation. I don’t know the spokesperson’s 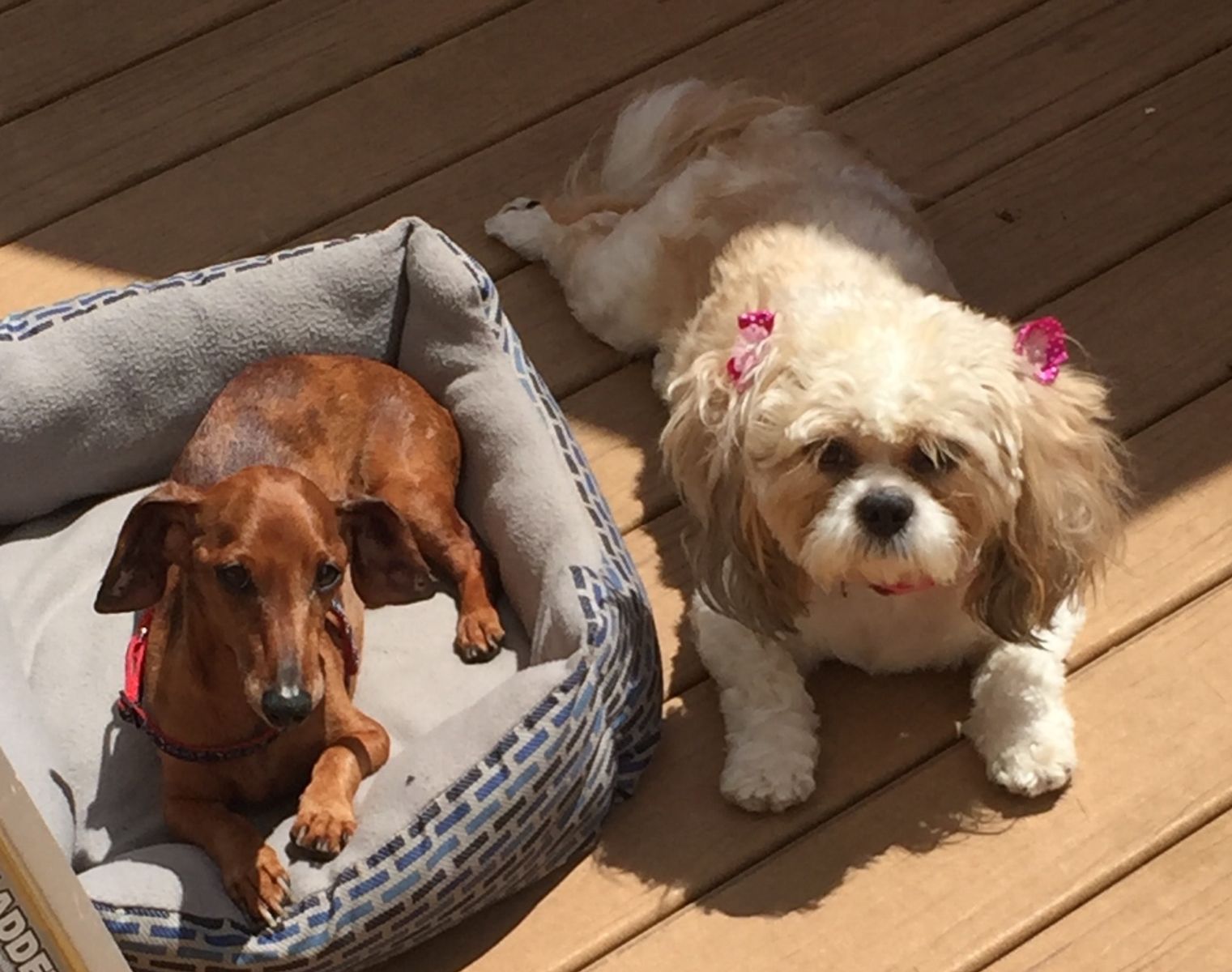 backstory but her verbal behavior indicates that there is one because clearly she was irked. That indicates that her visit to the shelter brought up something for her. She described the puppy she was trying to rescue as "crying, shaking and circling" in its cage and she couldn’t get it out because the shelter had a strict stray hold time policy. She painted a very traumatic picture for sure. This could have reminded her of some traumatic event in her own life where she had felt very alone and scared or something. Fear of being shamed can certainly cause us to cry, shake and go around in circles in our own self-imposed cages. There is likely a gift of healing there for her that she doesn’t know how to access and maybe there is a gift of healing—a gem, an answer to your prayers—somewhere in this post for you if you have found yourself reading it and choose to receive it. Even if it’s realizing that you have been the shamer of others when you got irked because that’s all you knew. 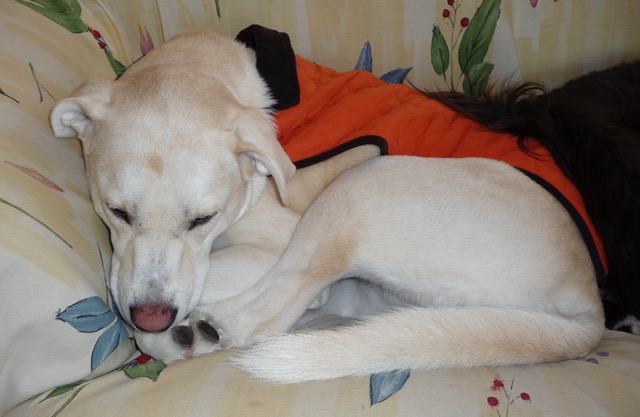 I want to be a force for good for humanity and for rescue animals, so I placed my arm around my own shoulder by admitting to being irked, with curiosity rather than with shame, and expressed it in meditation with the intention of learning, healing and growth.

I emerged from that meditation forgiven (having forgiven myself for times I allowed shame to coerce my choices and for thinking that developing a high tolerance for pain was a good idea), humbled, grateful (for the opportunity to heal and become a more conscious, caring adult) and with the capacity to place my arm around the shoulder of the apparently wounded rescue organization person. 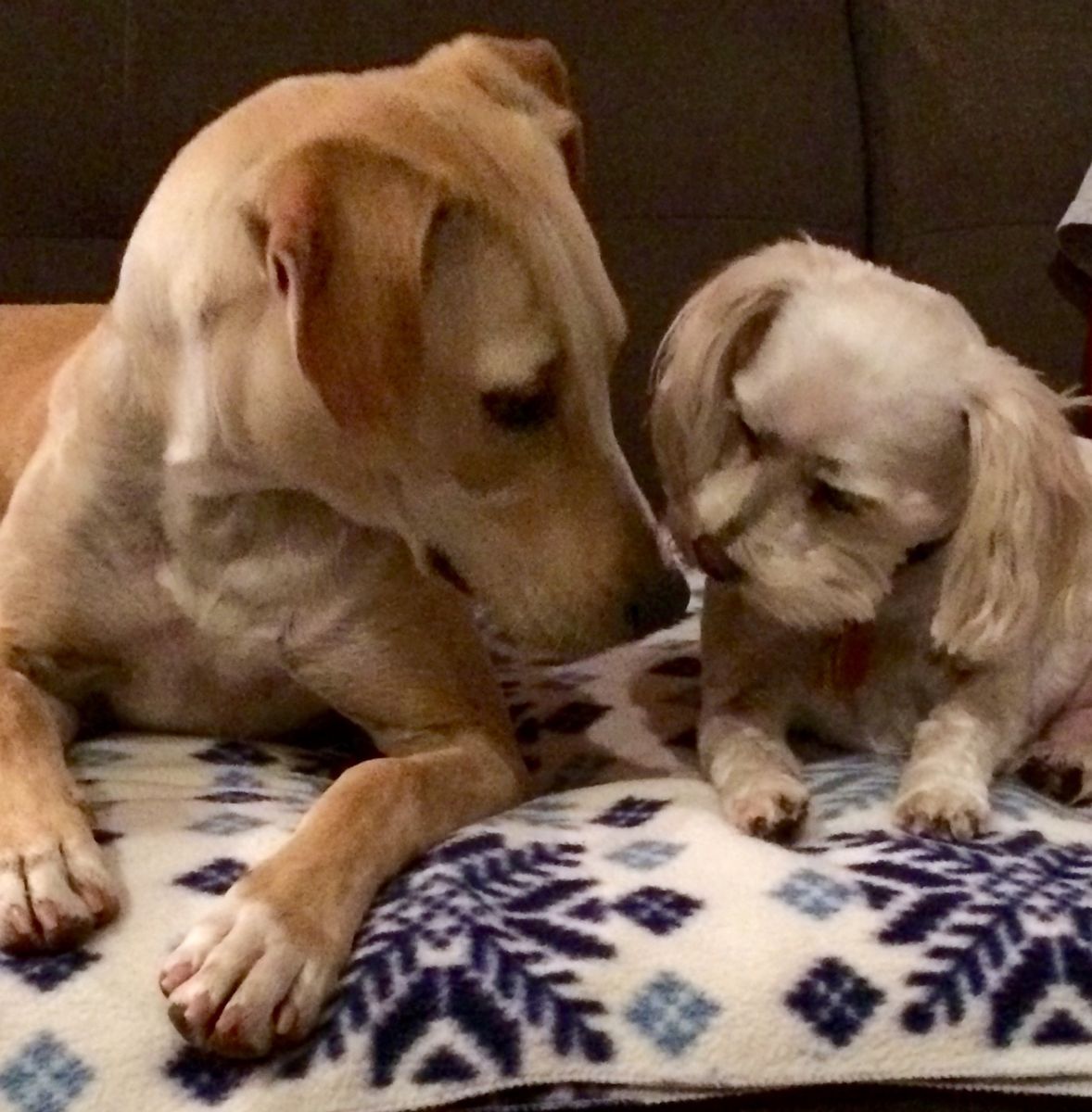 I know, without a doubt, that no one who feels good about themselves goes around shaming others. I also know, without a doubt, that choosing a healing perspective will help animals and humanity by proxy. The fact that some shelter animals have bleak endings is super super sad, but if we can let them be of service in some way, I do believe that it at least gives them a sense of purpose so that their life wasn't completely for naught. Sometimes that's the best we can do.

If you got the finger wag with it’s accompanying, “You should have known better,” as a kid rather than the arm around the shoulder that says, “How could you have known. You’ve never been in a situation like this before,” your tendency is likely to wag the finger of shame as an adult. (Fortunately, once recognized, that's an easy fix as you can see.) And you have also likely developed a high tolerance for pain. (I'm working on undoing that one.) Shaming just spreads suffering and we’ve got enough of that going around already. So I hope next time you have the choice, that you choose healing.