Miranda brought to her session lots of great things that were going on in her life. One being how she had manifested a job for herself that fulfilled all her desires—it honored her working style, worked around her family’s schedules, the hours were flexible, she could work from home, it was financially rewarding, and her superiors respected and cared about her.

Miranda was in awe of her circumstances except for one thing.

Her heart was not in alignment with the industry she was serving.

From here Miranda shared a funny and seemingly unrelated story about her chickens that proved to be very related. Ahh, the enchantment of life...

In April she and her husband, Alex, purchased 4 baby chicks and all the necessities for raising them. They 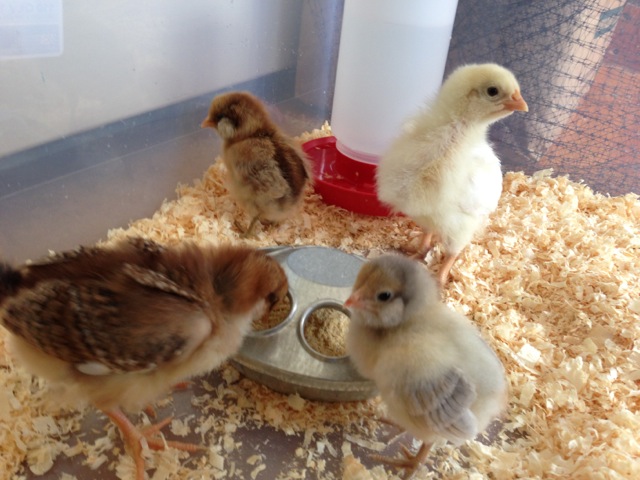 thought it would be, not only fun for their two “chickies” (aka little girls), but organically egg producing.

In June, once the chicks were big enough to go outside, they were moved into a stylish log cabin chicken coop where they enjoyed getting acclimated. In due time one of the chicks, Cutie, started making some interesting noises between 4:30 and 5am. Wanting to be respectful of her city neighbors, Miranda would race outside in an attempt to shush her. She was hoping that she could train Cutie—keep peace amongst the neighbors—so every morning when Cutie would “call” she would run outside for a 2-hour shush-training session.

After a couple days Gracie started making noises too. Now Miranda had 2 chickens to shush.

During one of the early morning sessions, the supermoon was setting at the exact time that the sun was rising. With both arms outstretched it was as though Miranda could hold each in the palm of her hands. She never would have experienced such magnificence if it weren’t for the chicks so this particular morning she was even grateful for the early wakeup call. But after a week with two little girls home for the summer plus her job, two hours a day spent shushing chickens was catching up with her. All the while she was thinking, “I’m asking our chickens to shush their voices because we live in the city. That feels so wrong.”

After some research Miranda suspected that she had mistakenly ended up with two roosters. No wonder the early morning chirping! In addition, there was a town ordinance prohibiting roosters.

Now she had to tell her daughters the grave news, that Cutie and Gracie were actually Curtis and Grayson and that they must be brought to a farm to live out the remainder of their cock-a-doodling lives. Her oldest daughter took it the hardest. While sympathizing with her, Miranda explained the necessity of the relocation and how they would all be happier in their hearts to know that ‘Cutie’ and ‘Gracie’ were free to be who they were born to be.

Her daughter’s idea for all to be happier in their hearts was to buy a farm and all go live on it. Maybe a good idea in theory, but not seemingly practical to uproot an entire family for 2 roosters.

During the chicken chaos Alex was preparing for a weeklong business trip. The morning of his departure light dawned on exhausted Miranda. “You can’t go! You can’t leave me with the kids, my job and these chickens! I don’t care if it costs us $5,000 to reschedule your flight. You can’t leave me like this.”

Alex came up with the idea of bringing the 2 young roosters to the MSPCA at Nevins Farm. Placing them safe in an old cat carrier he set out for the trip, but, as luck would seemingly have it, they were closed. A desperate Miranda responded to the news, “Can you see where they keep the chickens? Is there any way you can gently hoist them over the fence?” She was determined that he come home rooster-less. Alex promised to see what he could do and got off the phone.

A few minutes later he called back to let Miranda know that he had found an employee in the horse stable who, upon hearing their story, was happy to take the baby roosters off his hands. Alex drove home with the empty cat carrier, threw his luggage in the car, and Miranda drove him to the airport in plenty of time to make his flight.

What a story! Touch and go for a while, but another of Miranda’s desires manifested in win-win-win fashion. I pointed out her growth. A year ago she would have likely taken on the extra task of shushing chickens on top of Alex being gone and stewed in her resentment for the entire week. WOW! It was true. She had forgotten how she used to martyr like that rather than hold the intention for everyone's needs to be met.

But also, what a picture of how Miranda was operating in her life now. I asked her, “So what do you think you would do with that 2 hours each day that you spend shushing the part of you who doesn’t want to work in the industry you are serving?” Her eyes opened wide at the connection. “I bet it’s more exhausting than you realize.” She had felt that it was wrong to shush the ‘chickens’ because she saw herself in them. She wasn’t able to fully express herself at work. She had made great strides and the rewards were real, but there was a little more to go. 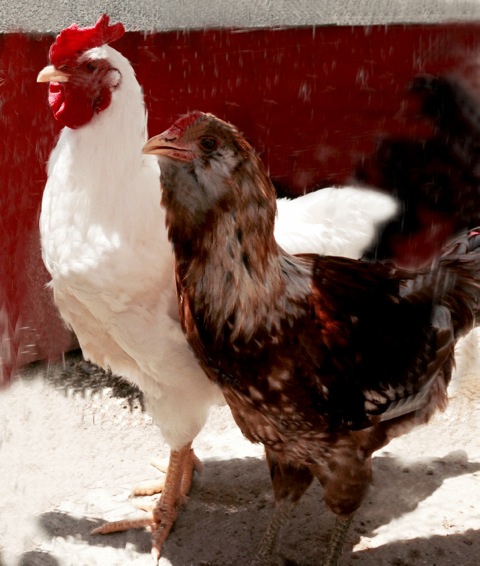 My advice to Miranda was not to quit her job. It was to realize and be grateful for this position which had revealed one more thing that was important to her in a job, to dialogue with this voice rather than shush it and that when there is something going on in her life, even something so seemingly unrelated as disruptive chickens, to ask how it might be showing her something about herself. Who knows, as Miranda learns to embrace this inner voice she could either come to a place of peace with the industry she is serving, positively impact it with her ideas, or maybe she will find that it is better all around for her to relocate her inner family to a new job.

Only time will tell as to what Miranda ends up doing career-wise, but three morsels of wisdom from her experience with chicken-rearing that I’m pretty confident will stick are:

Hope you found as much fun and value in this story as we did.

(Written with permission. Names have been changed for confidentiality.)