In case you didn’t know, I have a fascination with boundaries. Nature demonstrates deeper and higher truths about boundaries all the time. These truths make practicing them consistently more and more of a no brainer and a whole hearter. Today was no exception. It was chilly this morning, but not chilly enough to turn on the heat, so I opted to light a fire. I pushed a section of my couch closer to the fireplace. Fed my puppy. Then cozied up to the warmth with a cup of coffee and “A Course In Miracles.”

With a little coaxing and a favored bone, Inde jumped up onto the couch to join me. I love it when he cozies up to me. He makes a few circles, as if he’s strategically planning his decent, and then plops down with his back snugged right up to my thigh. He doesn’t always sit cuddled up to me in this way so when he does, it’s just the best.

I got up for a little more coffee knowing that my actions could conclude our snuggle-fest but at least for now, Inde had fallen asleep. When I returned, to my delight, we were able to resume our closeness for a few more minutes. 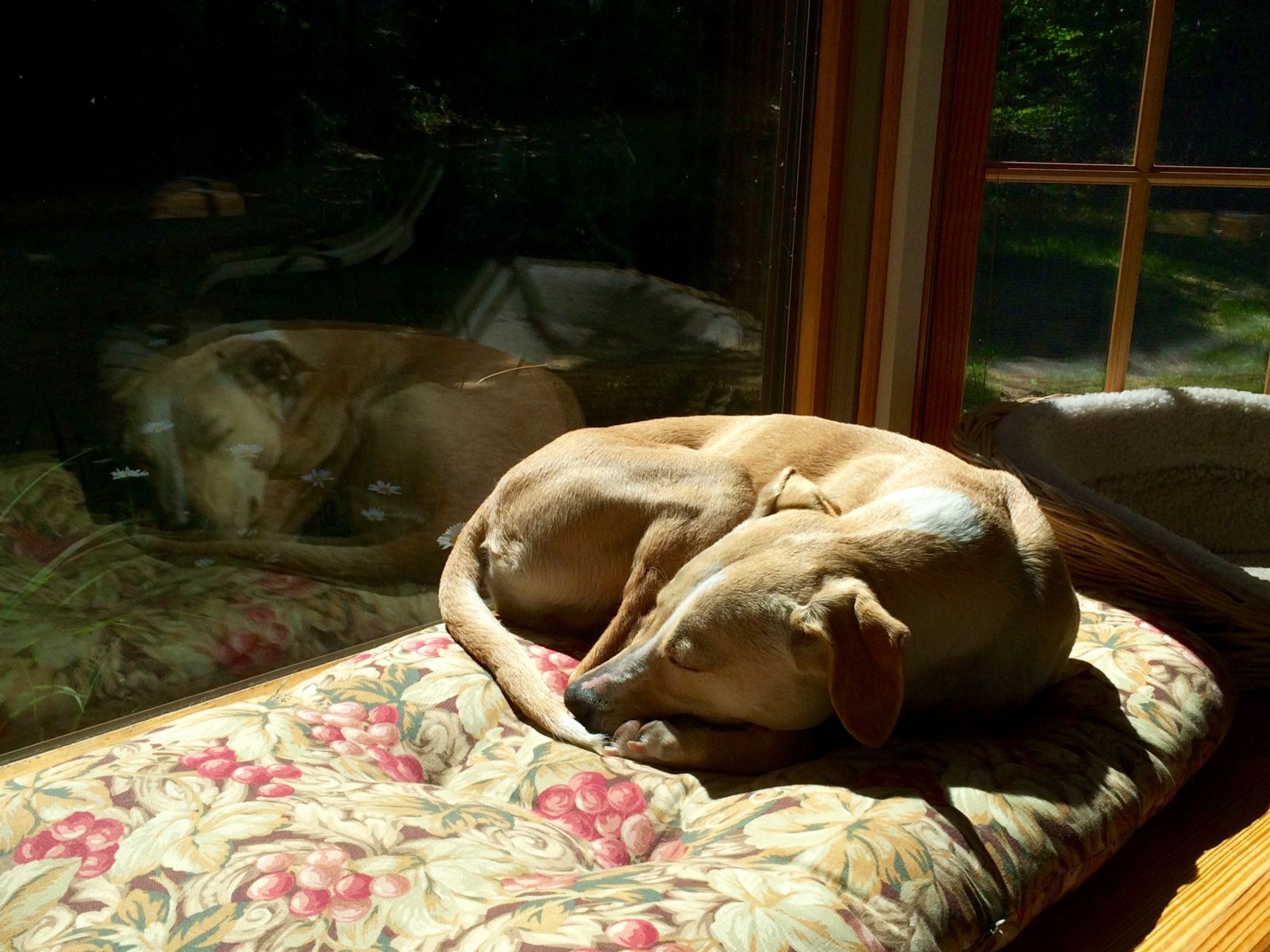 The sun’s rays on the window seat of the bay window marked the close of snuggle time. Inde opted to complete his morning snooze in this favorite spot, bathed in sunlight. I can’t say that I blame him. I felt an inkling of jealousy even, but mostly I was delighted for him. I enjoy absorbing the sun’s morning rays as they pour into the kitchen too. He contours to the cushioned window seat better than I ever could and it provides him with the feeling that he’s outside minus the chill air. Just perfect!

A thought popped into my head as I watched him do his circling ritual again. “There’s a message here for me,” it said. I opened to receive it by revisiting what had just happened. His circling was as though he was marking his boundaries. He didn’t need me in that moment. He was feeling complete. He just desired a little snug time if it worked for me too. His communication through his behavior seemed clean and clear. I was aware that my choice to get more coffee could conclude our snuggle time and I was at peace with either outcome so I guess you could say that my behavior was clean and clear too.

When Inde left my side it was without a morsel of shame or guilt. Clean and clear again. He didn’t stay here for me because he felt bad leaving me on the couch by myself (nor had I). He didn’t fear hurting my feelings (nor had I). He didn’t think, “Oh! She feeds me. I better not risk ticking her off or she might cut me off,” (nor had I). He never entertained the thought of losing connection (nor had I). He was merely drawn to the light— perhaps heeding his body's call for a dose of vitamin D—and shamelessly went for it (as had I with my coffee).

“Those are healthy boundaries,” I thought. No neediness, no hidden agendas, no guilt.

How often do we tell ourselves a story that prevents us from moving toward “the light”?

How often do we use others to fill our emptiness and get frustrated or hurt when they won’t comply?

How often do we abandon our needs, desires and even our values in our efforts to hold onto others?

We tell ourselves about all the things we will lose or who we will hurt or tick off if we heed our call for some "vitamin D." Then we convince ourselves that sacrificing it is the best choice. It never works. It only serves to create resentment. If someone feels hurt or ticked off because we have heeded our soul's call for nourishment, it’s information for them. The heart is always happy to know that someone is honoring his/her soul's journey.

When Inde snugs up to me, I know, without a doubt, that that’s exactly where he wants to be. That’s a pretty cozy feeling in itself. So when those with healthy boundaries do cozy up—in whatever way, shape or form that it takes—it means even more because their desires are pure-of-heart rather than guilt-ridden or manipulative (as in sticking around to avoid a feared consequence or in a conscious or unconscious effort to fulfill an agenda). Not only do healthy boundaries make us trustworthy because they require honesty but they also make our cozy moments cozier because there is no hidden agenda lurking between us and tainting the moment.

Some people cozy up to us by telling us something they have no intention of doing. That's synthetic coziness. It looks cozy but it doesn't hold up. I remember when my youngest daughter was of babysitting age. I ran into a woman who she used to babysit for who had recently had another baby. She told me, “I’ll definitely be calling your daughter to babysit soon!” I shared this news with my daughter. We ran into Mrs. Smith again maybe a year later. Same story except this time she said it directly to my daughter, “I’ll definitely be calling you soon to babysit!” Another span of time passes and I remember my daughter asking, “Mom, why did Mrs. Smith say that she was going to call me to babysit if she didn’t mean it?”

Maybe Mrs. Smith told my daughter what she thought she wanted to hear in an effort to be liked. Or maybe to avoid guilt because she’d been using another babysitter. Or maybe she had been good intentioned initially and felt awkward for not following through when she saw me the second time with my daughter. Would you consider this woman trustworthy? You might argue that this was a harmless comment but if someone feels a need to say something, consciously or subconsciously, that she doesn't intend to follow through on to a 13 year old what other false truths might she unknowingly be telling? And who will she be attracting into her life that lacks follow through as a reflection? So is it harmless?

Venturing into the light, in this case, would be venturing into the truth. We could just as easily tell ourselves a story about the brightness we will bring back with us to share when we return from the light as opposed to what we will lose if we venture into it. The brightness we bring back with us includes not only what we have learned but also who we have become because of that journey. How can we not be inspired, uplifted and even healed by being around a trustworthy person. How interesting! I think that’s the hero’s/heroine’s journey! 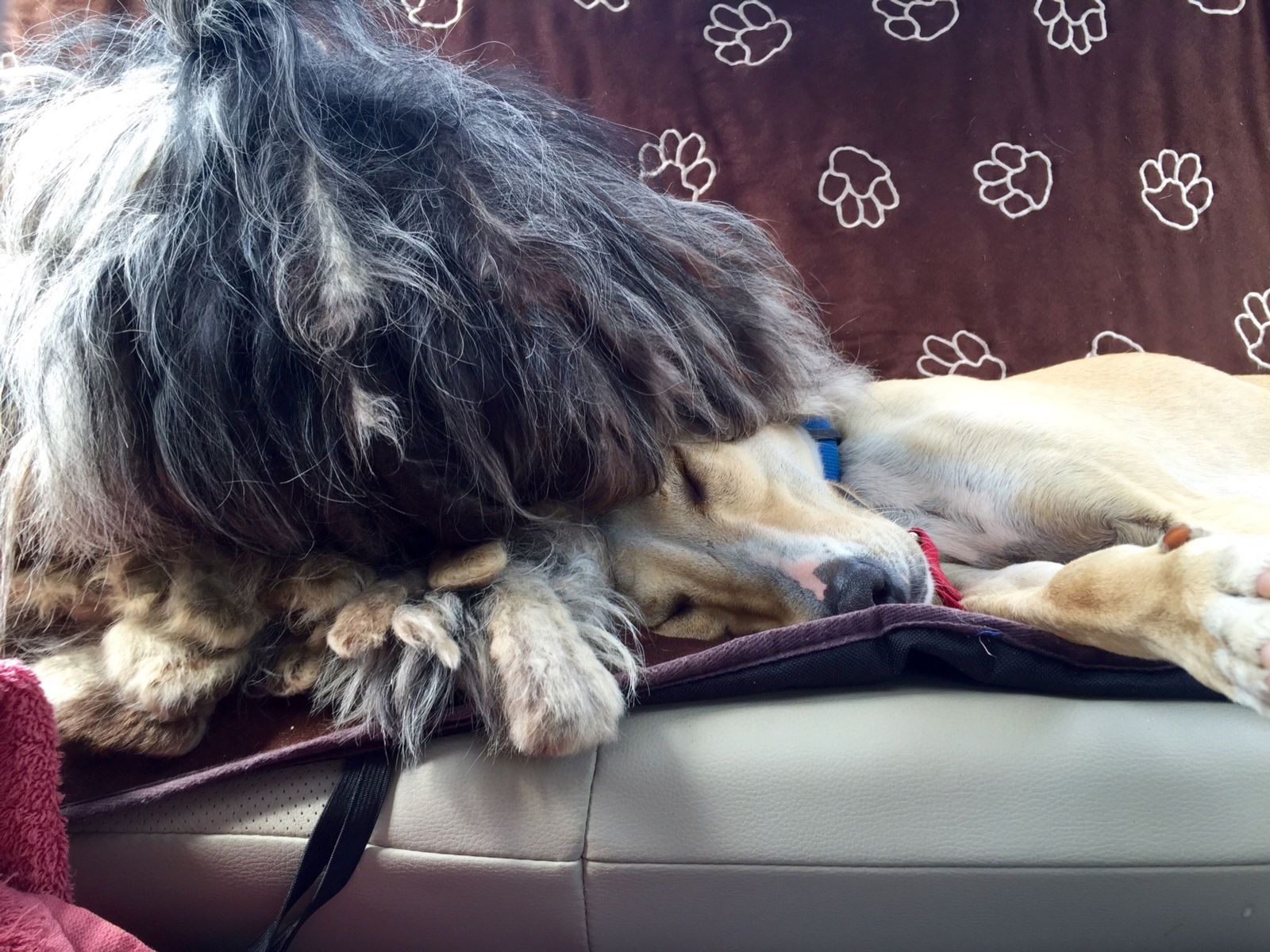 Thanks for the “Boundary Tutorial,” Inde!

If you realize that you have been less than genuine with a work situation, in a relationship or someplace else, it may be beneficial to seek wise counsel to support and guide your shift into the light.

If you realize that you have been on the receiving end of a less than genuine person or situation, it may be beneficial to seek wise counsel prior to or during the process of making a big decision so that you are sure you are coming from a place of love and wholeness and that you won’t just re-create a similar situation someplace else.

Let me know if I can be of assistance.

Cheers to clean, clear and guilt-free connections and to your personal hero/heroine's journey toward getting there!